Why set up the Client Association for Preventive Health Research?

Mid-2020, an amendment to the Population Screening Act will be debated in Parliament. This law will regulate, among other things, the scope for preventive health screening, which is initiated by the client.

Why this new foundation?

The goal of the Foundation is to ensure that every citizen who chooses to do so can make use of preventive health research. They also believe that everyone has an exclusive right to learn about all research results, without sharing them with third parties.
To achieve this goal, they will provide solicited and unsolicited advice to ministries, patient and consumer associations, medical professionals, and other stakeholders.

To be able to stand up for the interests of people who want to choose such a study, it is important to speak as an organization with a constituency. It is
important to have as large a constituency as possible if they have contact with politics in The Hague.

We can imagine that you would like to be informed about the developments regarding the new Population Screening Act. Since under the Privacy Act (AVG) each organization must collect its own addresses, it is important to report directly to SCPG. 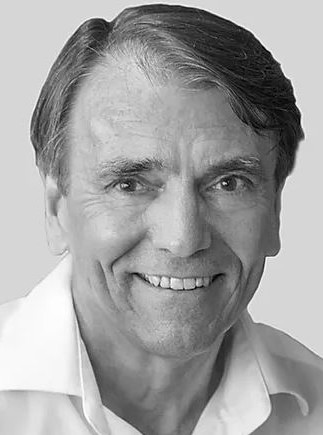 "In March and May of this year, we responded to the draft Bill by sending letters to all House of Representatives.
In the first letter, we emphasized the following:
Citizens have the right to take charge of their own health. To this end, they should have the freedom to have preventive examinations (against payment). The results of the examination should be available to the client.
The government considers prevention to be important. This includes the early recognition of signs of disease through preventive testing.
The government fears that preventive testing will involve high costs for regular health care due to possible false positive results. Research shows that this concerns only a few cases. The benefits of early detection of conditions, allowing clients to be treated in time, are much greater.
The board of the foundation considers quality of preventive research important. It would like to contribute to the creation of good standards.
We also believe it is important that the vision and wishes of citizens and clients are properly involved in the decision-making process.
We have also asked for a (digital) interview with some parliamentary parties.

We recently responded to the questions posed to the State Secretary by the members of the permanent House Committee on Health, Welfare and Sport. The second letter is a brief summary:
We believe, contrary to the opinion of various parliamentary parties, that a result of preventive health screening is in principle unburdening. After all, everyone is happy with a good result and if the result is not so good, one is often diagnosed (very) early and can undergo treatment with less risk. Then you are also happy.
Also, an early detected disease will be much more likely (usually easier) to be treated. That will cost society less than a treatment in a late stage.
We have emphasized again that a client wants and needs to be informed about the complete results of a preventive health examination. Even if unsought for but serious ancillary findings are found. Whether or not one is informed of these ancillary findings must not depend on the possible conscientious objections of the examining doctor".

If you would like to read both letters, they can be found here on the site www.scpg.nl, according to Willem J. van Oort, chairman of the Stichting Cliëntenbelangen Preventief Gezondheidsonderzoek.

Willem J. van Oort is a (bio)chemist, founder and director of a biotech company for the development of anti-cancer and anti-infection drugs.

The bill to amend the Population Screening Act in connection with current developments in the area of preventive medical research was on the agenda of the Lower House before the summer. However, due to the Corona crisis, agenda items have been shifted around a lot. We assume that the discussion will not take place until after the summer. If there are new developments, we will keep you informed.

read here the chamber document of the Council of State

The board members are happy to do their work and do not get paid for it. But as you will understand, setting up a foundation involves costs. You can think of administrative costs, the cost of the notary, registration with the Chamber of Commerce, developing and maintaining a website, mailings, and so on.

If you like the SCPG foundation and want to donate a small amount of money to cover the costs, we would be very happy with that. You can transfer this to account NL49INGB0008773855 in the name of Stichting Cliëntenbelangen Preventief Gezondheidsonderzoek.

About the author
Ellen van Gijsel
Website
Ellen is the founder of Blood Values Test. She gained her experience with health examinations for companies, schools and government institutions at HumanCapitalCare arbo- en gezondheidsdienst. In 2009 she became director of Diagnostics Netherlands, a collaboration between all major general practitioners laboratories in the Netherlands. At the U- Diagnostics laboratory in Utrecht, she was responsible for blood testing at GP surgeries. Until she founded Blood Values Test for individuals in 2013.
Post comment
Edit article Dashboard Settings Website Design Article cached on Tue. 27 Sep 12:25
Renew cache