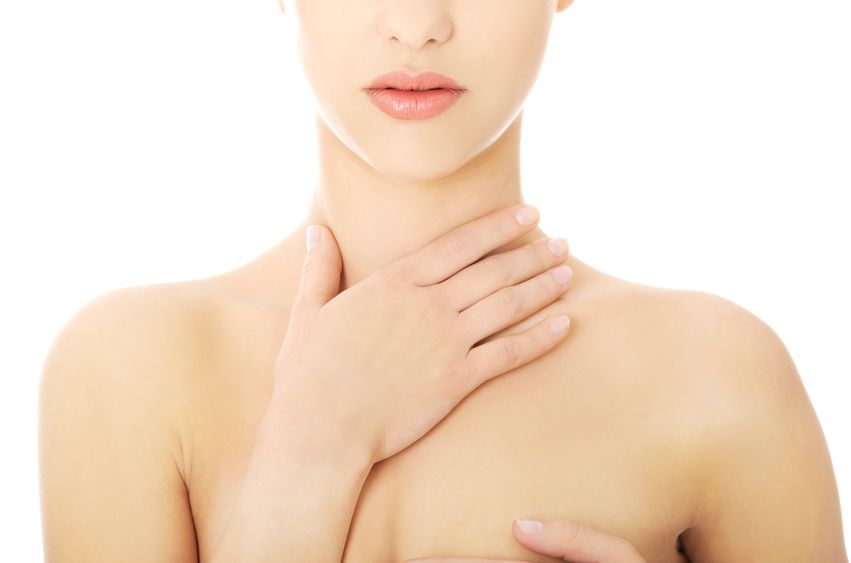 Without even suspecting it, many people, most of their lives, have a delayed thyroid. They deal with conditions such as; dry skin, brittle nails, thin hair and a slowed metabolism, often causing them to be chubby.

Some people suffer from the symptoms from an early age and others develop symptoms later in life. Although the thyroid gland is of vital importance for numerous bodily functions, one can live very well with a slow thyroid gland. You could say that you 'cannot get the most out of life' with a retarded thyroid gland.

Causes of a retarded thyroid gland

The list of symptoms is endless, as the thyroid is a co-factor in very many body processes, but the most common symptoms are:

If people find out during the course of their lives that they have a retarded thyroid gland at all and seek treatment, they often do not receive adequate help in the regular health care system either.

The family doctor usually has the following values tested: the TSH (Thyroid Stimulating Hormone) and the T4 value. Usually, these results do not reveal anything sensational. Since most people have a conversion problem, it is important to measure the active form of T3 as well.

It may also be valuable to have a blood test done if autoimmune disease Hashimoto is suspected.

Medication can often reduce the symptoms, but again, one can take T4 thyroid hormone, but if the conversion to T3 is not good, it is of course useless.

Solutions for a delayed thyroid gland

Fortunately, there are many natural solutions to get a delayed thyroid gland back up and running. A condition for a good thyroid function is the intake of sufficient minerals. Of course it is preferable to get these minerals through good quality food, but with supplements this is also possible.

The thyroid gland needs large amounts of iodine, since thyroid hormone is in fact made up of iodine (and the amino acid tyrosine). Iodine deficiency is very common, because most people do not eat enough white fish and sea vegetables. The mineral zinc helps with the binding of thyroid hormone to its receptors.

Toxicity is an important factor. The use of synthetic cosmetics is a heavy burden, as is the use of cleaning agents such as chlorine, anti-bacterial agents, etc.

Selenium deficiency is very common because in many parts of the world there is little selenium in the soil. Selenium is essential for converting the thyroid hormone T4 into the active form T3.

Finally, an estimated 75% of people with thyroid problems have a vitamin D deficiency. Most people have too little exposure to sunlight on a daily basis, either because of their profession or because at higher latitudes the sun shines less during certain seasons. So it is certainly worth considering a vitamin D supplement.

In addition to supplementation, you can do the following:

Curious about how your thyroid gland and vitamin D levels work?

Then check out our webshop.

About the author
Ellen van Gijsel
Website
Ellen is the founder of Blood Values Test. She gained her experience with health examinations for companies, schools and government institutions at HumanCapitalCare arbo- en gezondheidsdienst. In 2009 she became director of Diagnostics Netherlands, a collaboration between all major general practitioners laboratories in the Netherlands. At the U- Diagnostics laboratory in Utrecht, she was responsible for blood testing at GP surgeries. Until she founded Blood Values Test for individuals in 2013.
Post comment
Edit article Dashboard Settings Website Design Article cached on Tue. 27 Sep 13:54
Renew cache